Can You Ever Get Too Much of Anything? 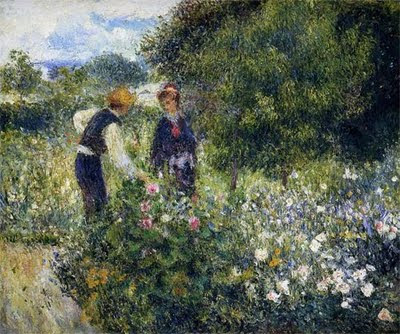 One morning last week I woke feeling dizzy. As Dizzy is our live-in nanny - our last child left home fifteen years ago - I was charged with sexual harassment. I felt like drinking long and hard but opted for alcohol instead. Regardless, I pleaded 'sexsomnia' but the judge, Mr Justice Useless, was arrested during the hearing for 'sleepwalking'.

I should have pleaded 'parasomnia' only the police officers' fell asleep while taking my statement. To make matters worse, my counsel, Mr Lola Heyday, snored while addressing the bench during my plead. The cost? Well, the facts! On the morning of the alleged incident I had woke from a deep sleep - recorded in my statement as 8 feet in depth - believing Dizzy to be a 'two and a half metre' high veggie pizza called 'Barefoot Sally'. I was mortified this was not brought to the court's attention.

I was gratified, however, to be fully exonerated of the alleged charge. The jury unanimously agreed that Dizzy did indeed look like a pizza and eat her for lunch.


﻿*
An ex-manager of mine was a popinjay and wore a poppadom on his head which he only removed when conversing with street signs. His love for comfort included sitting on a hard-boiled egg strategically placed on his office chair each morning. Sometimes his face would go deathly pale: testimony that the egg was working its magic on his posterior. His brain vacillated frequently causing him to fold his arms behind his back, raise his right leg in a Nazi salute, and anxiously declare, 'If my wife sees me with a paint brush my goose is cooked!' For the rest of the day he would walk on his hands.

He had a mania for sermonizing about painting and could make day feel like night to anyone witnessing his performance. I remember one day he looked at me with his moist mouth - his eyes were elsewhere - 'I've some canvasses I'd like to show you which I will be exhibiting soon in my outside toilet'. I remained taciturn. Sometimes he resembled Goya on a good day and radiated the aroma of a rotten Corot. For six months he studied under the eye of Charlie Orchard (the rest of Charlie's body was never discovered) a well-known harmonica player, who had studied under a hospital bed in Paris.

Stunned by my silent interludes he used to talk about his reputation in artistic and social circles and his collection of park gates. All his misery stemmed from wanting to be himself: no mean achievement. He appeared to live outside of life. Everything he thought, and said, was convertible into cash. He possessed no imagination: a meaningful prerequisite for a manager. perhaps, but an artist?


*
Reflections: For some people there is 'never enough' of anything: money, time, gossip, praise, clothes, trains, bowel movements. No one, to my limited knowledge, has fought fate and won. Your true soul is written upon your face (if not in public, at least in private) and cannot disguise envy, greed, hatred, unhappiness, selfishness, and that you need to use the bathroom.

Spring and regeneration do not exist forever, for anyone. It's not the journey that counts: it's your intentions and actions that define your true self. Others can accurately describe your life if you are unable. Camouflage helps most people cope with their life as best they can. The rest? Too self-obsessed, prejudiced and ignorant. They're already dead and don't know it.