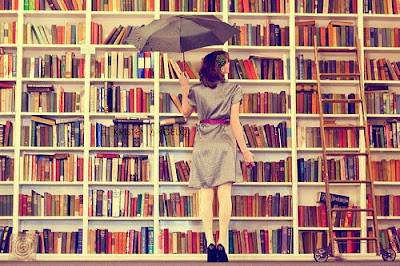 It began with a letter addressed to the man of the house so my wife read it first. The letter instructed that a car would pick me up at eight o'clock that evening. No reason, no signature. Mysterious, even dangerous, yet I waited with eager anticipation. I watched a black car with tinted windows arrive and stop outside my house. The driver, roughly my age, stepped out of the car. He was well dressed and told me to sit in the back seat. He then asked me politely to place a black hood over my head. After that the driver didn't speak. I shrunk deep into the seat and stayed silent.

We drove for about an hour until I heard the tyres hit gravel and the car stopped. The driver held on to my arm as we walked silently along a gravel path. I heard a door bell ring. A door opened, and a male voice politely invited us inside. When the door shut I was told to remove the hood. I was standing in the reception of a large stately house. A portly, red-faced man flashed a smile and greeted me warmly. 'Splendid! Glad you could come. I'm Maxwell. Welcome to The Book Sniffing Club. We've been expecting you.' He led me to a large, round table where six people were sitting, and introduced me. The table contained a pile of books in various stages of decay.

'As you can see dear fellow,' Maxwell continued, 'you are in the prestigious company of fellow book sniffers. Decaying books are wondrous. The chemicals ... the volatile acids and emissions combine to make a vivid musty smell!' His face became redder as he spoke. He immediately lifted a book from the table, raced to a chair, sat down, and buried his nose deep inside the book jacket.

A woman flashed a smile and indicated a place at the table for me. I was struck by her beauty and husky voice. Her name was Rachel. 'It's open seating. Here, sit beside me.' I liked her. She described how her habit had developed through different stages; sniffing newspapers, pamphlets, then progressing to the slicks: Elle, Cosmopolitan, Marie Claire, then Horse & Hound. I paused and thought how ludicrous, yet profoundly beguiling, the whole situation was.

Some of the group were using straws to delve deep into the spines of books, and took long deep sniffs, then sat back in exhilaration. Rachel said fresh books were all right for beginners, but nothing could beat an old crusty book. I asked if they had ever been raided by the police. She crossed her legs, then she laughed. 'No fear! Most members have influential positions, or connections, within the police and judiciary.'

Rachel handed me a straw, smiled, and pointed to the books, 'Now get sniffing!' I placed my straw deep into the spine of an old book. I believe it was a first edition, a first issue copy of Grimms Fairy Tales. The last thing I remember is inhaling, feeling drowsy, melting in a blue haze and losing consciousness.

*
Reflections: It's funny how time changes your views and perspectives. I used to go to bed and pray for world peace: now I pray for a piece of the world. The step from humanitarianism to capitalism is, in reality, quite short.