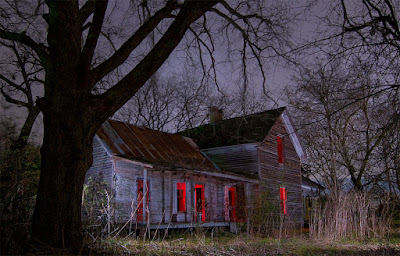 I'm looking at the sky in clinical fashion. It appears extremely high. I am a small figure and often confused. An article in a science magazine arouses within me a potpourri of wonderment, menacing anxiety, and a sense of extreme lightness. The article states that the entire universe was smooth just after its birth billions of years ago. An extraordinary assertion. Billions of galaxies and billions of stars. Suddenly I feel profoundly inept. Nothing new, I assure you. But how do "they" - the highly cerebral elite - "know"?

Apparently through light emitted 370,000 light years ago after the Big Bang. I don't recall hearing the explosion but I recollect hearing a neighbour's dog barking. I'm sure the Noise Abatement Society was inundated with calls from individuals suffering from physical and mental distress. How my neighbour's dog fared is anyone's guess.

I can't decipher if there is a human being or an animal in my home when all the lights are blazing. I usually rely on a well-known technique I've perfected without using measurements of cosmic microwave background radiation. I simply open the front door and shout, 'WHICH ONE OF YOU A******S HAS ALL THE LIGHTS ON WHILE TAKING A BATH!'

Armed with CS spray and a stun gun I soar the stairs and head for the bathroom. Before doling out punishment I commonly say, in a relaxed tone, 'Don't take this personally.' Then I'm lost in the heat of the moment. The victim usually falls into a short coma and wears a large hat for a week.

My first day in permanent employment. A man waiting for an elevator on the fourth floor of a beat-up building advises me that he has been standing on the same spot for two years.

'They take on anyone here,' he said. 'My boss told me years ago that I didn't seem capable of thinking so he does my thinking for me. What do you think about that?! Eh? You're not paid to think, you're paid to do! I don't know about you but after a while lifeless bodies bore me to hell.' He give me a strange look as he stepped into the empty elevator shaft. His final words? 'Always check the elevator is in the shaftttttttttt!!!' I never got to thank him but damn sound advice.
*
Reflection: Yesterday I went out for a walk to stretch my legs. I returned home two feet taller.