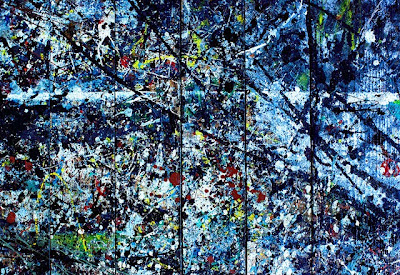 In 1492 Christoper Columbus landed in the Caribbean mistaking it for India. As proof of his discovery he returned with a chicken masala meal for one, a singing snake and a ventriloquist named Americo. The Europeans became obsessed with discovering civilisations, places and practices in existence for thousands of years. They became fond of sailing and the 'World Cruise' was born.

Although agriculture had been practiced in central and southern America for thousands of years, the Europeans showed the indigenous peoples how to make more food than they could eat. Morever, how to make a profit. The Europeans soon discovered that guns and swords were unnecessary to control the population. Smallpox, measles and the flu were faster and didn't involve night raids. Silver from the mines was a driving motive of Spanish colonization. It helped that the Spanish Conquistadors had an unpronounceable name and looked like Cubans.

The slave trade proved a valuable lesson to the Portuguese, British, French, Spanish, and Dutch. While exploiting the silver mines, and agricultural plantations, the Europeans discovered an important working practice. It was more cost effective to work people to death and replace them than to improve their working conditions. This 'principle' is advocated 'to this day' in some management and leadership books, organisations, companies, human resource departments and military dictatorships around the globe. And, despairingly, in some families and schools.


*
I know - I think I know - about dinosaurs despite never having met one (not while sober, anyway). I suppose it's just information passed from generation to generation. In the West we tend to accrue a vast amount of knowledge about abstract words, for example: truth, justice, freedom, reality, and to worry about things we shall never know, no matter how hard we look, or by seeking the advice and knowledge of others.

People from different cultures think about things differently, and perhaps that is the way the world has existed and shall continue to do so. Who has the right to say the worldview of an individual, or a culture, is wrong if it does not intrude in the lives of others causing physical, mental or spiritual harm?

Perhaps we should just enjoy life as it happens and try to shelve all worry, concern and beliefs we have no control over, which may, paradoxically, control our lives to the detriment of our well-being. The solution sounds simple, but remains difficult to put into action. A human fallibility, but strong and destructive, nevertheless.


*
Reflections: The office environment in the 21st century is a time bomb: full of testosterone and estrogen, and rats if it's an old building. The rise of working singles working round the clock, and those working near a clock, has turned some offices into 'Singles Bars' with bouncers on the door, and the water consumed during 'Happy Hour' is charged to your credit card.

And let's not forget those who are in a relationship and suffer 'transient global amnesia' for five minutes while having sex with their secretary. This can be particularly disquieting when it happens during a board meeting, especially for fellow board members. Where I once worked a monthly lottery was held to guess who the CEO's next conquest might be. One list included females, males and a coffee vending machine on the 2nd floor.