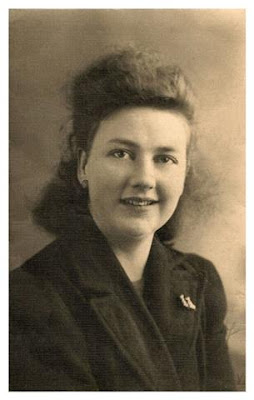 Christmas reminds me of my mother's mince pies. She used to throw them at me as dusk was falling and shout, 'Get a bloody job and don't come back until you've got one.' Then she would slam the front door. The fact that I was eight years old never entered, what I believe, was an irrational mind. I remember sitting for several hours in a snowdrift listening to the church bells ringing in the distance. I wondered what would be in my brown parcel on Christmas Day. I'd swear and curse if it was mincemeat again.

My elder brother always received the best present: a wooden train set, a plastic trumpet, or a Cowboy Annual. Who in their right mind gives a son mincemeat? My sister once got a wig. It's not like she was bald or anything. And it looked just like a cat's hairball.

My mother often sent me away with 'cold ironic words', for example: 'Bonehead!' 'Don't forget to write!' 'Who's got the I.Q. of a deranged cabbage?!' I believe my mother may have been struck on the head with a heavy object when she was young or had lived too long with archaic furniture. She once made me sit in our dustbin for three hours because I said Grandmother smelled funny. I've fond memories of Christmas, especially Christmas Eve, when I was allowed into the house to sleep in a warm bed.

I have no photographs of my mother during that time but I recall that she resembled Santa Claus to a degree: black hooded eyes full of resentment, a pale face, long hair and white scraggly beard (she made a point of not shaving at Christmas). As she served us our Christmas meal (spam and eggs) she smoked a cigar and downed shots of whiskey.

After the meal had been consumed my father would twist his vocal chords in a vain attempt to sing a carol while we clenched our teeth waiting for its painful demise. I believe it's the only time we felt like a 'real' family. The radio would be switched on and tuned to some station broadcasting dour music that left anyone breathing gasping for breath. As the radio crackled my father would exchange his normal attire for women's clothes. He would make a short speech about Santa being bi-sexual, tri-sexual or something, and imitate our next-door neighbours who, at this juncture, would usually be glaring through our front window.

The brown parcels containing presents would be handed out by my father, still in drag. I remember feeling faint with rage. A bloody hamburger! I threw the uncooked meat in the direction of my father's new dress, cursed and sweared, and ran out into the cold damp air.

I ran, then walked with half-closed eyes waiting for my heart to beat in time with the falling snowflakes. I was a kid, small, with a curious imagination. I could sense that more magical moments, unexpected sights, and wonders lay up ahead for me. First, I had to lose the baby face, the bony spectacles, and avoid becoming a crack addict. The world was spread out like the sun, ready for the taking.


*
Reflections: The street outside my house is covered in snow. The wind is bitter and the absence of pedestrians and children is proof of severe weather conditions. One of the great things about Christmas is that you can relax with family, relatives and friends and just be yourself. There is no one to impress. Time to put away the mask. It's a relief to see the faces of the people you love, or to hear their voices on the telephone.

All relationships endure conflict at some stage. Hopefully there is enough love, courage, strength and understanding to ensure it does not persist a lifetime. No minute, hour, or day of the year exists without someone, somewhere, on this earth thinking about a beloved partner, family member, relative or friend (they though indestructible) who has become ill, or died. Then one's worst fears are realized.

Enjoy those times when the gentle wind blows and life tastes warm, refreshing, better. And the sound of laughter fills the air.