A Life in the Day of a Private Investigator 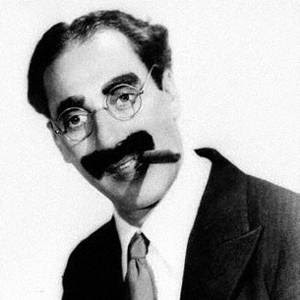 Christian: Thank you for coming at short notice.

(Fox circles the room examining the furniture and ornamintations.)

Fox: I knew something was up the moment my phone rang.

Christian: You had no trouble finding my home?

Fox: I live right next door. (Rolls his eyes.)

Christian: But I've never seen you before.

Fox: I wear a different disguise each day. My wife and children have never seen my real face. Which is a blessing in disguise. I have a passing resemblance to Tolstoy on a good day.

Christian: What's that mark on your hand?

Fox: A black eye. I found it in your driveway. I nearly tripped over it. (Pause) It may be valuable evidence, just evidence, or unjust evidence. In my line of work things are not always cut and dried. Sometimes they are dried then cut. Why only yesterday ...

Fox: Count yourself lucky. I see my wife every day. She thinks we're both dead and all evidence supports her conclusion.

(Fox hands a crumpled piece of paper to Christian.)

Fox: Just in case I don't find your husband write down your home and business telephone numbers, your body measurements, and I'll uncover the whole thing.

Fox: What was your husband wearing when you last saw him?

Fox: A clown outfit! (Leaps up and sits down again.) Is he in the circus, a sideshow?

(Christian hands a photograph to Fox. On inspection Fox believes Abraham's face, while undoubtedly handsome, displays arrogance and conceit. Christian sits opposite Fox. He watches her cross her legs intensely high. Fox, transfixed by her striking beauty, trys to hide his heavy breathing.)

Fox: Has your husband changed his routine? Acquired new friends? Any strange phone calls or bills? (Pause) Have you seen anyone watching your home, looking through your bedroom window, other than me?

Christian: No. I don't believe so.

Fox: Any problems with his health: physical? psychological? stroboscopical?

Christian: (timidly, staring down) Well, lately he has been obsessed with his bowels, his shrinking body parts, loss of libido, disinterest in the opposite sex, memory loss, exhaustion, chest pains, money, the acceleration of time, his inability to understand a rapidly changing world. He says it makes him feel like an alien. (Pause) I don't believe he has ever truly accepted aging and mortality.

The room becomes remarkably quite. Christian looks at Fox. He is slumped in the chair with his eyes wide-open and his mouth at a strange angle. His fake glasses and cigar are on his lap. Anguish and fatigue mark his wrinkled face.

Christian decides to make them both tea. As she gazes at his motionless body she thinks he looks as helpless as a little boy. She would have loved a child of her own, of course. But then she had never married.


*
Reflections:  I've concluded that time and space no longer exist. Neither does my bank account. In fact, it lies frozen. Why my account decided to holiday in Iceland defies rationality. My inescapable financial straits follow me everywhere. I'm at my wit's end: not a long distance, I know, but try getting there during a bus or subway strike.