Solitude and The Metaphysical Nose 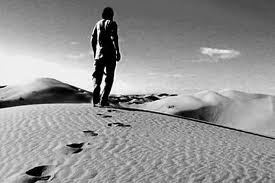 Today I feel like a bare bulb on a ceiling. My wife (her name escapes me, and runs downstairs) gives me a hate-filled stare, and throws the cat's crutches at me. I speak without saying a word. Her old fire is not there. Though I must say the reduction on heating costs are gratifying. Our relationship is at its most precarious. Who will suffocate whom first? Our bedroom has the icy coldness of an Alpine peak. And one does tire of skiing aficionados who use our sleeping habitat as a favorite ski spot. We attract the odd jet skier and the noise is horrendous.

I rarely talk or write about my personal life because none of it is true. Lately I've been getting up at 8 o'clock each morning. After I bath, shave, and have breakfast, I'm usually back in bed ten minutes later. Before lunch I take a long walk around my bed with the dog. Then we both start drinking heavily. I believe this is why I think and write at a quarter of the speed I used to which was close to half speed. For some strange reason I'm starting to weep a lot. At least it stops me from crying which would be disastrous for a man in my position; prostrate on the floor.


*
I hated turning fifty years old, just as I hate suddenly turning direction in a crowded street, or turning the pages of a newspaper belonging to a person sitting beside me on public transport. I really should buy a paper of my own. However, I detest darting to the front of a queue to purchase one.  All I seem to attract are savage faces and angry voices. At such moments I seem to arouse the banalities and absurdities of the human condition best not talked about.  No one is shielded from the world, even when drunk, making love, or taking out the garbage.


*
Lately, I've been gripped by suffocating despair and anguish. I've been working on the draft of my first book Solitude and The Metaphysical Nose for over thirty years. (A romantic story based on an ugly adolescent who discovers a small turned-up nose under her bed, and suddenly she becomes a beautiful, intelligent seductress). Yesterday I flew to Moscow and got the first plane home. I only intended to get a jar of gherkins from the local store. To make matters worse I keep having absurd, horrible dreams: snatches of conversation, people, faces ... Faces I do not care to see, minds I do not trust. The worse dream involves being in love with my wife again. I use to fear death, now I fear sleep.

*
Reflections: We are all vulnerable behind our public facade. Questioning our actions and motives continually. There is no cure for disenchantment except to yield to our vulnerabilities, lost illusions, our loves and daily life. While one's energy prevails one must struggle with equal ferocity against hate and violence without reserve.