A Day in the Life of Burt Bacharach 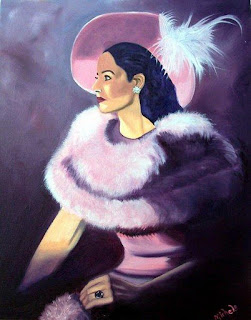 'The truth is—' Burt said, biting his lip, moving closer to the waiter.

'The truth is Hal David wrote most of the lyrics—Hal David! For the last time—Hal David! I’m a composer, an arranger, a pianist, a singer, occasional lyricist—'

'Hmmm,' the waiter chuckled, exposing his red gums, 'Absolutely.' He disappeared to place the order. Burt closed his eyes, and massaged the ridge of his nose.

He eat his breakfast leisurely while humming a melody. A new melody that he banked away inside his head with all the others. Once finished, he put on his coat, placed a tip on the table, and walked towards the exit. As he opens the door to greet the rest of the day—there has been a sudden downpour—he hears a shrill, irritating voice. 'Will you be having breakfast tomorrow, Mr Bacharach?'

The question takes Burt slightly by surprise. He hesitates, his face bristling with distress. 'I’m not sure—? I probably will.'

Burt searches for a reserved response; nothing of value materializes.

'Are you all right Mr Bacharach?' a concerned voice enquires. 'You look tired.' A young waitress gently touches Burt on the shoulder. She is blushing like a schoolgirl. 'Have another cup of coffee—on the house—or, perhaps, a glass of cold water.'

'Well I ... cold water, please,' said Burt, touched by her concern. He sits down, rests his head on his hands. The waitress returns and watches as he drinks from the glass. She observes his expression change from one of concern to one of calm; in fact, he gives her a warm smile. He notices the young girl has broad shoulders and hips, and thick black hair tied in a ponytail. He hands her the empty glass. 'In my ignorance I forgot to ask your name?'

'That's OK. It's Dionne. And, yes, my mom named me after Dionne Warwick.' She stares at him through her big blue eyes.  'My mom's favourite song is "The Look Of Love". You're really Something Big in our home. In fact, in our life.' Burt thanked Dionne for the kind words. He asked her where she lived, and if she had other work. 'I was born about Twenty Four Hours From Tulsa,' said Dionne pleasantly. 'I work two or three nights at Blue On Blue, a nightclub on Second Avenue.'

'That must be hard on you?' said Burt quietly.

'I like it here in New York—at the diner—Alfie and Arthur. We've had some Magic Moments since I arrived. At the beginning I looked like The Blob. I'm settled now. Which reminds me! I've got to get A Message to Michael. I couldn't live without him. He's my boyfriend and we are getting married Any Day Now!' Burt congratulated Dionne. She responded with an affectionate glance and pretty eyes laced with fun.

The door of the diner opened and in walked a boyish-looking man with long, shining, light-brown hair. Dionne greeted him with a kiss and introduced Michael to Burt. It was clear The Look of Love was written over both their faces; a special happiness embraced the diner like a Lost Horizon painted from memory one amazing night. Burt knew that Dionne and Michael would share all kinds of new experiences together. In the Land of Make Believe everything, and anything, is possible.

Freed from the iron restrictions of composing music for a while Burt felt revitalised. 'Are you going anywhere special on your honeymoon?'

'Oh, yes! San Jose. Have you been there?' enquired Michael.

'Yes, I've got lots of friends in San Jose—lots of good friends.'

'Would you mind showing us San Jose on a map? We're lousy at finding places we've never been to. Dionne and myself would be grateful. That is, if you have the time?'

'Of course. That's What Friends Are For, after all.' Deep in that moment Burt felt stability, a sense of peace, and thought how Wonderful To Be Young, to be in the presence of love, to feel alive.


*
This afternoon I witnessed two middle-aged men quickly pass each other in the street while holding a laconic conversation:

2nd MAN: You're right there. All the best.

﻿I remain perplexed by their flow of words spoken on the run, so to speak. A minor detail you may venture, but a strange way to behave, nonetheless. Perhaps they don't enjoy each others company; perhaps they share a raw wound that will never heal, perhaps a long conversation would only unleash anger, anguish, regret. Perhaps they don’t like words.

However, I postulated they may both have hemorrhoids. They walked in familiar fashion: legs wide apart, jeans hung low, and each wore a pained expression. I believe I heard one of the men say (further along the street), ‘Mind out, idiot, you’ll mess up my make-up!’

The man was last seen running towards the Place Pigalle rubbing two francs together, shouting: 'And the clinker award goes to London's National Gallery!' Madam du Salmon's face grew livid. 'What's the point of talking to you? You're an idiot!' 'Exactly,' I replied. Bored by Madam du Salmon's company, her diction, her lack of make-up, her ugly pale mouth, I suddenly left the room to find out who - or what - had thrown a thought which had struck the back of my head.