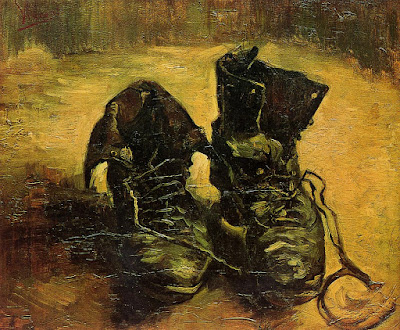 I don't often grimace, unless someone unexpectedly appears out of nowhere. Indeed, my heart has sunk on more than one occasion when conversing with a guest at some party, or other social occasion, and a face suddenly appears over my guest's shoulder to join the conversation.

The 'uninvited' usually has large protruding eyes and squints menacingly at me. 'The heat gets to me. Does it get to you? It gets to me and then I doze off. Do you doze off? Do you doze off and wake up with your head throbbing? Just like me? A blinding headache? A mitigating migraine? Just like me? Back in a second.' The person then disappears in the manner they first appeared. A nightmare come true, surely?

My guest usually looks at me with raised eyebrows – their eyes are engaged elsewhere - and expects an answer or a reaction. I tend to give neither. I remember once or twice snickering at such bold clowning when I was at school, or on probation in some godforsaken workplace where the prospect of being fired was farcical in itself. Now I find such antics tiresome. In fact, they tend to deaden my spirit.

My neck starts to twitch. I become a frightened rabbit, or some other poor animal with sizable ears in need of a good night's sleep, or a trip, say, to Moscow in the depth of winter, when it is bitterly cold, dreary, and unpleasant to the eye.

The world is confusing enough without individuals unexpectedly appearing out of nowhere when one is otherwise engaged. Such confusion can actuate embarrassment, and cause one to spray a sliver of saliva in the direction of one's guest. Indeed, it can make one question whether one is crazy, gone of the boil, or just plain dead.

This morning it's raining. My wife and I are soaked. Our clothes and rucksacks are damp and our heavy boots are cold and muddy. I check my guide book and compass. It confirms we are sitting at the kitchen table in our home. Where would we be without maps?

Though hungry and thirsty we are relieved to know our precise location. Sucking on beach pebbles we exchange a Frisbee, and converse about salmon sandwiches, ham and eggs, and the person who introduced half-day closing.

When my wife inquired about lunch I smiled, and pulled a piece of pancake of two months standing from my pocket, and proudly announced we were in luck. While our diet is frugal (we sometimes dine at a neighbour's house when he is out), my wife and I retire to bed early to avoid the expense of candles. We sleep badly due to the absence of bed linen and our constant fretting over debts.

As creditors are pressing down heavily on us I have hatched a plan to 'outwit the nitwits' which, to my knowledge, has not been tried before in the history of civilization. My wife and I intend to do a 'moonlight flit' during the hours of daylight.

*
Reflections:  My next door neighbour, who I would describe as a roly-poly Einsteinian type of figure, has an extreme fondness for miniature trains. Indeed, every time I see him he is wearing a stationmaster's uniform. His wife appeared to be wise and compassionate - she left him six years ago to live with a cross-eyed elephant hunter, who I believe, hitherto, has captured a terrier, a squirrel, and a worm masquerading as a tiger.

Anyway, the annoying fact about the miniature train is that it comes down our chimney breast every hour, on the hour, and the sound of the train, and its damned whistle, are unbearable. Furthermore, to have at least ten people standing in our living room (whom my wife and I have never met before), asking 'when the next train is due?', is impacting on what little is left of our sanity.