The Dead Sea & The Story of a Shipwrecked Carrot 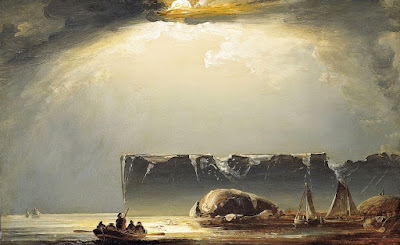 The woman approaching me looks barely thirty. Her beauty shows no sign of vulnerability. Indeed, her persona of radiance and happiness exudes a bold piercing intelligence. I decide to play along. She is tremendously elegant and dressed in a grey melange trouser suit.

'Have you heard about the Dead Sea?' she enquires, gently stroking her auburn hair which softly drops to a fringe on to her forehead and sparkling brown eyes.

'Heard about it, I went to the funeral.'

The sales representative smiles, half closing her eyes. She starts to talk about nail care and produces a Dead Sea Nail Buffer. When she asks me to hold out my left hand I willingly comply. As she holds my left wrist and concentrates on my thumb nail we talk and laugh. I study how she moves, smiles and converses to capture another buyer for 'that perfect nail care collection.'

'How does that feel?' she asks.

'I have entered a painless and distant land. My thumb nail feels and looks healthier. As for the rest of my body ... Well, I believe that's best kept secret.'

She produces a second product from the collection. A body lotion.

'This is Ocean Mist.'

'Are you a comedian?'

I leave the shopping mall more invigorated and cheerful than when I entered. Did I buy anything? No. And, yes, my left thumb nail looks quite appealing. It even glows in the dark.


*
This morning I finished my script for a film called The Story of a Shipwrecked Carrot. I plan to shoot the film next spring inside a french-horn which speaks fourteen languages. Like many hyperpolyglots the french-horn is male and left handed. Despairingly, the french-horn can't speak French without sounding like a wheezy car engine.

If I can't raise the money to shoot the film I'll be forced to 'kill it' by other means. If only Van Gogh were still around with his razor. I could arrange an argument between Van Gogh and 'the script', and let the quarrel take its mortal course. What will I tell the vegetables if the project is put on hold? My own money would run out in a week. The film is about fidelity, infidelity and Soupe à l'Oignon. The relationships of the vegetables are a major part of the story. In fact, a lascivious carrot has a leading role.

I'll come straight to the point. The lascivious carrot has an appetite for vegetables of all kinds. The swollen-headed carrot enjoys getting drunk, dancing the cancan and delights in attracting the attention of female vegetables. A certain cast member, Chanterelle Mushroom, will drive the carrot to distraction. No one in their 'right mind' could resist Chanterelle's frilly trumpet shape and uninhibited sensuality.

I'm composing a letter to Chanterelle of sentimental nature. However, efforts to portray myself as witty, lucid and intelligent only serve to expose my irrefutable faults. Principally, that my writing is dull and turgid, and of uncertain tone. This similarity to my film script would only worry an artist born with genuine talent.


*
Reflection:  Today I painted four houses (exteriors & interiors) and put up some wallpaper. The owners' don't know yet.