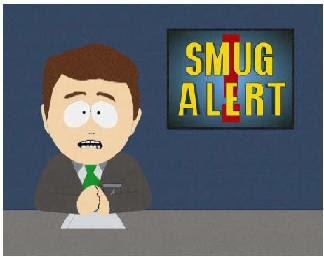 I profess to ignorance, stupidity, to wear a mask that sometimes slips and to be the owner of a small mind: not a large mind, a little mind. I tend to jump to conclusions about issues happening all over our dear planet. Test me on any subject. I know human existence is stressful, just pick any subject. Any subject at all ... Tomorrow? Well, if you wish.

Why the silence? No doubt you're right. I've no patience. My little mind is spluttering thinking of all the questions one can be asked. Some people appear to be blessed with a big mind; one that belonged to a pretentious charlatan and now belongs to them.

Is there an excuse for the above paragraph? Well, yes. The exact issues and journalistic reports are immaterial, and this personal view is not directed at authentic, serious, accomplished journalists and politicians.

This is what happened today. I listened to journalists and politicians on the television and radio, and evidently some believe their thinking and utterances are of special importance. Indeed, superior and of greater significance to that of doctors, psychologists, scientists, artists and philosophers. Indeed, any other human being on this planet.

However, their depth of thought and insight into certain issues may be patently shallow, and subsequently their words highlight their ignorance, and unsavory ability to jump to conclusions on complex matters without access to the full facts. It's a patent challenge to listen to their unenlightening, unintelligible, and absurd rantings.

Of course, the full picture behind the story will emerge, and the newspaper, magazine, and television editors, and staff, can celebrate their role in presenting, not only the telling details, but the dirt dug up to dupe readers into believing it is in their interest and is necessary to provide a full and accurate picture of the issue.

Life is difficult enough without listening to people talking and writing about other peoples lives, problems, burdens, as if they, alone, possess a unique insight. Inept journalists and politicians should leave people to confront and solve their own painful problems. As we should do ours. Are human beings condemned to torture each other, emotionally and psychologically, for ever?

Hopefully, daylight will arrive soon and shine light on these motionless, standing, robotic creatures. No-one is totally innocent of anything. A lesson some journalists and politicians have still to learn.


*
Reflection: By appearance solitude does not deserve praise. However, gazing into empty space has its reward - sometimes you may find something of value.