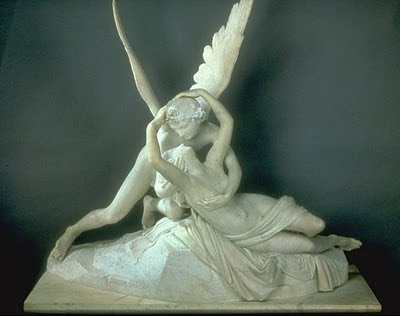 Today my wife is infused with imagination, inspiration and a deep commitment to uncover why we've drifted apart. She gazes at me like a large-eyed, watchful donkey. After spiting on our wedding picture album she points a thick streaky sausage at me. Aided by her toothless mouth and undersized black patent pro-wrestling boots, she groans, 'You once seemed young. Now you're a bloody withered tree. You no longer live in or by time … Just books, and more bloody books!'

Differences divide her reality from mine. What's my wife looking at? The ghost of a man once celebrated for searching for "one great love" - the ideal woman? Maybe she observes an old beggar-man; half-crazed with a maze of half-healed scars on his swollen nose. Why do I bother staring back, it only makes a fuss?

Words only invoke memories of jealousy, hurt, a wrong turn in the road taken, innumerable ghosts. What she likes I detest, and vice-versa. Silly little things that grow into stupid big things. She drinks cocktails – usually, a "Singapore Sling" – while removing the wax from her ears with a large hair pin while singing “Everything's Coming Up Roses”: You'll be swell! You'll be great! Gonna have the whole world on the plate! Starting here, starting now, honey, everything's coming up roses! I sit traumatised by the deafening din and embrace the darkness only I can feel and see. The collected wax is utilised when she attempts hair highlights at home; always with disastrous consequences, for example, setting the dog on fire.

My wife makes sounds as well. One, in particular, starts of delicate, and ascends to a steady thud which rattles every window in our house, and dwellings beyond for all I know. Our poor dog's tail stiffens, his fur bristles, and he leaps about on the dining room table unable to bark. I think the dog hates me for saying nothing to my wife about her behavior. I'm never filled with enough confidence to confront her; the dog doesn't understand my predicament. Once the dog brought me a carving knife from the kitchen. As it wagged its stiffened tail, its sad, large eyes seemed to plead, ' Stab her to death, for me, please. Just this once!'

Outside the church bells chime. Why so far from the church? It must be 50 kilometers, at least, from our home to the little church, the graveyard, to the sound of rushing cars, and the black clad, hymn-singing congregation? The bells seem to be pacing up and down close to our living room window. How infuriating it must be to have to play the same melody each day, at the same time, and receive no gratitude? The chimes begin to fade. Perhaps the bells have deserted the church in order to be with other bells in a creative community? Or a tropical island in search of the simple life, if such a life exists?

I hear his footsteps before he knocks on the front door. 'Beautiful weather,' he murmurs. Mr Cloud's appearance chills my blood, just like my wife's naked body on our wedding-night. He has no blood under his pale, translucent skin. He holds out a trembling hand. 'It belongs to my son, Ivar. I never leave home without it.' I gaze at the hand and say nothing.

We go into the living room. I pretend not to understand taxidermy. 'What type of bird is it?' he enquired.

'I'm not quite sure? Large, with ears like a rat. It flew in through the back door, circled the room a few times and hovered above my head. I was petrified. It was fearsome and confident. Lucky I was cleaning my shotgun. A single shot. I don't believe in death, but what else could I do?'

I was troubled by Cloud's cold stare. There was a long silence. He sighed deeply. 'Date and time of death?'

'The nostrils are completely gone ...'

I told him once again how it had happened. I also enquired if his services were expensive. When he asked if I wanted the mouth open or shut I thought either way unsightly; her mouth had morphed into a thin sharpened knife in search of hardened veal. I told Cloud I would accept his professional judgement.

Cloud and I went into the kitchen and opened the large chest freezer. We exchanged a knowing look and then everything went quickly. The large bird was well wrapped in polyethylene and frozen. We both grunted as we carried the heavy package to the back of Cloud's black van. He would contact me once she was stuffed.

Three days later Cloud was waiting for me at his premises. When he unveiled the mounted bird I was surprised how well she looked. Suddenly, I felt a lump in my throat.

'I know, I know, it's hard. But your wife would be proud. I'll deliver it tomorrow night when the world is silent.' In spite of everything Cloud and I began to laugh. 'What will you do now?'

'I'm not sure,' I replied. 'It will not, however, involve lifting heavy weights. I believe I shall paint my front door blue. Black can be such a sombre colour. Good day to you.'

I stepped out into the quiet street and stood still for a moment. My soul felt revitalised. My self-confidence had returned. I walked swiftly back to my home. It was dark but I was unaware of darkness. My anxieties turned into curiosity; curiosity and craving for my new life.