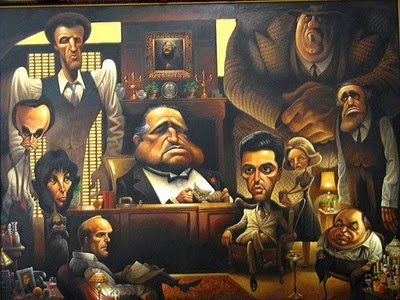 The sound of rain beating down on my car roof used to drive me nuts. In a moment of frenzy I removed the roof with a metal cutter and replaced it with thatch. On the upside it makes the car interior cool, rainproof, and muffles the sound of rain. On the downside when the thatch is dry, it is flammable. On a few occasions I've driven to work with the car roof on fire. Once, on arrival at the office, I went straight to a meeting with my hat on fire. In a moment of panic I threw the burning hat at a colleague and his nose hair caught fire.


The episode wouldn't have been so catastrophic if the fire hadn't spread quickly to his beard and virgin wool underwear (Who knows what people wear to work underneath their clothes? For a while I wore a black PVC gothic corset with black satin trimming, purely for medical reasons, of course - an out-growing toenail.) My colleague worked part-time as a Forest Fire Lookout at the local national park. It didn't help matters that he ran straight out of the building, jumped on his bison, and made straight for the watch tower in the park.

Subsequently, the tower burnt down, and he was observed running from the scene by a passing Long tail Weasel with short eyesight. With smoke billowing from his clothes he appeared to rant, 'I can't find Himmler, my little meadow vole!' He was never seen again. It is believed Himmler met a broad rat called Adolf, and together they wrote a major treatise titled: The Economic Importance of Rodents.
*
My lineage has endowed me with a lack of muscularity befitting an interloper without the 'loper.' During the night my wife kicked four of my front teeth out. Was it deliberate? Who knows? It was the first time - to my knowledge - she has worn black German Army Para Boots and camouflage netting to bed. She usually prefers Soviet and Russian tactical and combat gear. As for me, I just wish she'd wear something from Harvey Nichols' - a Pierre Hardy Perforated leather handbag with a small strap, preferably around her neck.

All day I had to speak, smile, and eat while holding a hand in front of my mouth. It was a mistake to order Polpette Alla Casalinga at lunch. The meatballs were about 3 inches in diameter and the tomato and basil sauce ruined my clothes. A fellow diner thought I was learning Spanish. Another thought I was preparing to audition as Don Vito Corleone in 'The Godfather - The Musical.' I left the restaurant before there was an assassination attempt. I like my thighs and arms as they are: close to my hands.


*
Reflections: All this, of course, is insignificant when I recollect I was recently refused service at a restaurant in Belfast. I exclaimed to the owner, whose head resembled fossil remains (picture, if you will, the face of a 5 million year old turtle with three teeth belonging to a chimpanzee), 'I'll have you know I served with the French Foreign Legion. I was decorated several times and advertised as a 'spacious furnished apartment' for rental in Paris!'

Alas, my protestations were in vain. My feelings were indelibly hurt. Shooting the proprietor, however, give a semblance of redress. I had to complain. It is all I have left.