The Beginning of Survival 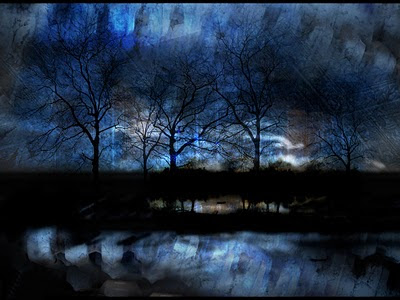 Last night, while driving home from work, I spoke on the phone to my girlfriend. 'Tell J.M. and Eavan we can make it over to their house on Friday night. It will be good to see them again. I should be home in about half an hour.' Following the short call I signaled before changing lanes then turned off the signal.

A green station wagon had been tailgating me for the last few minutes. I yielded to the right to let the vehicle past. The driver continued to tailgate and started to honk their horn. The antagonistic behaviour began to irritate. I was conscious how straightforward confrontations can lead to violent behaviour. I stayed calm and rational. I didn't want hassle.

A violent and loud thud suddenly projected my existence into illusory slow motion. For a split second I stared into the enraged gaze of my aggressor who pulled level with my car.  Haunting… crazed… the hothead tryed to force me off the road. Both vehicles became intertwined in a power struggle.

I began screaming in concert with the grinding of metal. I finally lost control of the vehicle and headed towards a weather-ravaged dark wooden fence. My final recollection was the rear of the station wagon as it sped of in a triumphant show of power. I slowly descended into unconsciousness.

As her soft voice undulated I slowly came round. Disorientated and confused I tried to move each limb in turn to distinguish the extent of damage. While my vision was blurred - exacerbated by blood pouring from lacerations to my upper and lower face - I became gratefully aware of survival.

The girl continued to converse in a frenzied manner. 'Can you hear me? Are you able to speak? I've telephoned for an ambulance ... the police. They should be here soon. Just hold on ....'

The ambulance and police arrived at the scene in concert. The young girl was tearful, and persistently shook as she recounted the distressing event. I was lucky; I was still alive. Suddenly I acquired a new knowledge of reality, life, what it means to be mortal. Once more, I became part of the sun, the moon, the stars, this earth.


*
Reflections: A river runs by my house every morning at seven o'clock. I believe its a fitness fad, of sorts. This morning we strolled together and spoke of our childhoods. We have much in common.

The river's tormented face sometimes bothers me, as does its toneless voice. It never complains, but despises its fate. It detests pity most of all.