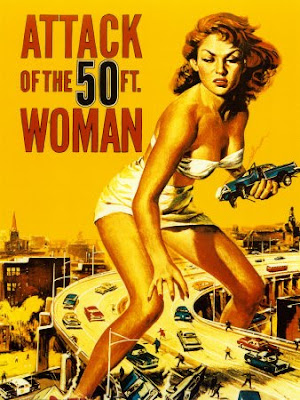 Today I feel like a leafcutter ant which has lost its switchblade. My adolescent son is starting to resemble a marsupial mole. His eyes and ears are hidden by fur and his nose has enlarged and covers his whole face. On the upside it prevents him popping white heads over the breakfast table. 'What if it's African horse sickness?!' he says, rubbing his swollen head and neck.

To make matters worse my son continually plays 'Highway to Hell' by AC/DC on his didgeridoo into the small hours. He's been arrested three times for loitering in our home. He calls everyone a 'liar and a hypocrite'. I can barely stand the truth, and he talks so slowly. Sometimes I believe I'm not parental material. I'm too authentic, full of anxiety and dread. Having my frontal lobes positioned at the rear of my brain doesn't radiate any degree of security. In fact, it only raises curiosity, especially at the beach.

I've always enjoyed going to the movies. It was summer. I was nine, or ten. I remember watching a film called Attack of the 50 Foot Woman. I fell in love with the protagonist, Nancy.

When I left the cinema a man was selling full sized, cardboard cutouts of Nancy. I had to have one. The complex problem of how to get her home never crossed my mind. I was in love for the first time. My uncle, Ivar, who lived close to the cinema, was content to cut a hole in the roof of his house so Nancy could stay with him. At least she would be partially dry. He said I could visit Nancy whenever I wished.

When I called at Ivar's house a few days later I was alarmed she wasn't visible from the top of his roof. Was she taking a bath? Was she shaving her legs? The memory has never faded. A neighbour told me Ivar was infatuated by Nancy - her height, the feel of cardboard - and had rented a hot-air balloon. He had secured Nancy to one side and both had disappeared into the cold, midnight sky. He said Ivar had cried out with an emotional intensity he had never witnessed, 'My one true love! My one true love! At last!'

Ivar and Nancy were last seen high above the Zuyder Zee heading north. This episode has made my relationships with women complicated and unexciting, especially when the subject of cardboard or hot air enter the conversation.

*
Reflections: My father was a strict disciplinarian. One afternoon he telephoned home and told me to stop picking my nose. I truthfully denied his accusation. He wouldn't listen and told me to 'eat a pocket handkerchief' as punishment. I sat for several hours shivering in silence: partly in fear, partly on a chair.

The telephone rang. It was my father. 'On second thoughts ... eat the right hand pocket of your trousers instead.' I felt interned. I consoled myself with the fact I was wearing my sister's favourite dress. As I was bare-foot I picked my nose with the big toe of my left foot. I shook my head and thought how gullible my father was. To be devoid of a sense of humour and resemble a Prussian carp can't be easy.