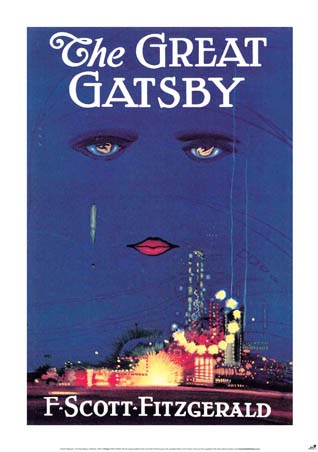 At least the post was on time. One of the letters was addressed to me. It contained a note: C♯, or was it D♭? I knew this cryptic note held a deep dark secret. For some reason it reminded me of the noise the automatic doors at the local library make when they open and close, and go for lunch at a deli across the street.

When I entered the library it was half-full. Two police officers were at the scene. An officer was reading the library its rights; the library was charged with operating while intoxicated (OWI). I overheard it got the alcohol from a nearby second-hand book store. It looked on the verge of collapse. It was drinking coffee, and eating pretzels.

I approached a librarian; a tall, dark-haired woman with bright eyes, a generous mouth, and an old woman's face. I watched her place the old woman's face in a drawer which she immediately locked. She put the key down her considerable cleavage. She looked at me and said nothing. I cleared my throat.

'And I'm here to ensure you leave satisfied,' she said, with a swift smile.

She lent over the desk, her ample bosom lit by the desk lamp. I could see the key was in a warm and safe place.

'My instinct tells me you're looking for a novel that has "Great" written all over it. Short, prose infused with lyricism. Ingrained with wonder, romance, realism, amorous pleasure ..." As she spoke she gazed upward as if to obtain her flow of words from an outside source.

I felt hot and dizzy. Her confidence overwhelmed me.

She pointed to a section of the library. The Great Gatsby by F. Scott Fitzgerald. You'll find it in the "Classics" section.' Then she added, softly, 'I recommend you look at Chapter 5, page 88". We exchanged glances, then she smiled, "I promise, you won't be disappointed.'

I found the book and sat at one of the old oak tables. After sniffing the book, I turned to page 88. A message was written in pencil at the bottom of the page: Bemelmans Bar, 9.30 p.m. I looked again at the message. Who had scribbled the note, when, and why? Then I thought: All relationships that evolve into love, explode into conflict.

I met my first wife through on-line dating. I think it was a niche site. DateAGolfer, DateAPedalKayake - some subspecialty site. She uploaded a picture of her sister which set my pulse racing. I had to chase it for two blocks before a fellow citizen kindly intervened to contain it.

The problems in our relationship started when I met her for the first time. She always wore "underwater flippers", and carried a rudder when she played golf, attended classical concerts - especially, Mahler - and the odd time we attempted copulation. Once her rudder stuck in my mouth, and I had to be rushed naked to a hospital. The doctor's though I was straight from a masonic meeting. Her leg muscles got so large they slept in their own room. Our marriage became dull: she blamed the lack of light in our home - I removed every light bulb - and having our beds in single file.

As I left the library the librarian smiled enigmatically at me. She was the opposite of my present wife - female. A well-proportioned lady who radiated uninhibited sensuality.

It was exactly one o'clock. I had a meeting with my analyst at 2 o'clock. I could hardly breathe, and had a lot to think about. Suddenly I heard a strange sound. I turned round and discovered it was my old friend, Hedvig Oppenheimer. He was laughing, but looked overly anxious. As he spoke saliva dripped from both sides of his mouth.

"I can't stop thinking about Gina Lollobrigida. You know, the Italian actress. I mean it's the sweetest name I've ever heard. She was a looker. What do you think?"

"What about Jennifer Lopez. Isn't she from the Bronx?" I said, thinking about other things.

"What about Sophia Scicolone?"

"Not in the same league."

It was a hot day. I watched Hedvig walk toward the town square. His mouth wide open, crying, "Gina. Darling, Gina . . ."

I walked with quick steps towards the office of my analyst and was glad of the company. Perhaps she could answer some of the questions racing round my mind? For instance: 'What's it like to be a human being?' 'Who wrote the first book?' and more importantly, 'What was so "Great" about some guy called Jay Gatsby?'


Reflections: Everyone has enemies. Even enemies have enemies. At work, where you live, in your social life, in your bed, in your socks, in your shoes. The strange thing is that some of those enemies may be individuals you have never met, conversed with, or corresponded with. Am I the only person to believe that humankind is in a terrible state of decay and has stopped evolving?

Some people feel it necessary to judge quickly with a deep sharp thrust to avoid judgment of themselves. How shall one know them? Their faces and minds reflect emptiness; their hatred is as clear as crystal.