Something in Common & The Seagull 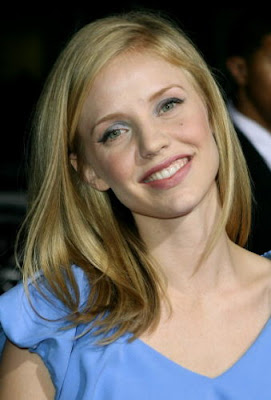 I've fond memories of my first wife. If only I could find them? One Sunday while throwing stones at a neighbour's house - they constantly complained about the noise of our gramophone which only played German tunes - I saw her for the first time. That morning I felt like an empty bus going back to the depot but I couldn't find one without a driver. Suddenly pleasure came back into my life; albeit temporarily.

In the half-light - a slender girl with a pale face named, Betty Blocker - looked beautiful with her crossed legs, crossed arms, and crossed eyes. It was only when she stepped into the full light I could see all her sensitivity. She only had two teeth: an upper and a lower at the front, which she brushed with vigour. If only she had used toothpaste. She talked without thinking, and I thought without talking. Did I love her? No. Did she love me ? No. At least we had something in common. Something attracted me to her. It may have been clean undergarments.

I was only eighteen when we decided to run away. For a while we were as thick as pillows. I once give her a black eye and she refused to take it. Then a split lip. She refused that too. How could I express my feelings for her? I became panic-stricken and confused. I began to speak with an American accent and wear lip gloss on my nose. Then it became all surface, a calamity, my stomach ulcer made its debut in Bjornson's Mary Stuart as a lord with one line to speak. The ulcer became inconsolable and used to shut itself in the washing machine and weep. It finally left to join a group of painters and writers in a village in France. It writes occasionally but still forgets to include two 'C's.

My marriage to Beta disintegrated and we began to despise each other. She always appeared drunk at half-past nine each morning - one hour after me - which I found irritating and deplorable. I became tired of sweat and perfume so we give our dog to a neighbour. It now works as a Security Consultant at a large Parisian department store. It has nothing more in the world to hope for.

Sometimes I think of Beta ... the half-light, how her heart never deceived me, our time spent together hugging, kissing, playing with each other, and talking about the angle a bowler hat should be worn. Of course, we were both temperamental ... our failure to communicate struck us both dumb. We once met unexpectedly in a shop window display. We both had toneless voices and frightened each other. As we said goodbye I fell down a hole in the sidewalk. It made us smile and laugh. For a moment we both felt liberated. As I dare say the people watching on the sidelines also did.


*
Reflections: While in New York in March 2008 my wife, Sylvia, and I attended a production of The Seagull by Anton Chekhov at the Classic Stage Company. I've always enjoyed this mysterious and mystical play. It shows one can be separated by centuries, continents, and language from an author, playwright, etc., and still find their works compelling. This play still resonates with a contemporary audience and touches upon eternal and important questions about life.

Sylvia and I had the good fortune to speak with Dianne, Alan, and Kelli after the performance. I was astounded when Kelli said she had been playing to me during the performance. I felt honoured and felt an irresistible urge to tell everybody within shouting distance and beyond. As Kelli, a gifted young actor, and a strikingly beautiful girl, walked away into the dark, rainy night, my wife touched my arm and brought me back to reality.