How to Speak Several Languages Simultaneously 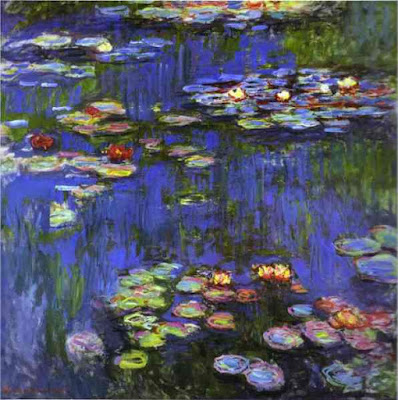 Often on my way to work I see my neighbor, Maximilian Odon Von Woods, swathed in bandages, walking his well-bred German Shepherd dog called Racine. Some days the dog is nimbly disguised with a beard, wears sunglasses, and sings in an American-born Greek soprano voice, ranging from high soprano to mezzo, with an occasional woof thrown in for good measure. Today, it sounds like Gilda from Rigoletto, or feline distemper, which must be worrying, especially for the dog.

'They're trying to kill me!' cried Maximilian.

'Who?' I said feinting surprise.

'Damn tree surgeons, shady doctors, water lilies ... They say I'm taking too long too die ... Do I look like someone who wishes too die?!'

'They've a bloody nerve. Take it from me, if you are ill, do not go to a doctor, do not tell a soul. There's a plot to rid the world of the likes of you and me. They want to bump us off.'

He laughed hysterically, then continued in a loud voice so the neighbours could hear. 'Doesn't anyone care?! The white coats make a living out of killing us! Sly little devils!'

I blushed, and didn't know what to say. His eccentric eyebrows appeared to exchange places, and speak in unison, 'Heed my words! There's no cure for loneliness, old age, or mud wrestlers rash!'

'SLY LITTLE DEVILS!' His voice shook me. 'Thank God, I've still got my dog. Listen to that voice.' Racine and I gazed at each other with sadness, our eyes half-blinded by the morning light.

Racine indeed sang with haunting passion, and extraordinary depth of feeling. Yet he looked tired and old; barely able to crawl by his master's side. Racine was still an amazing singer, with an incredible vocal range, effortlessly moving from the lowest note to the highest. Such stunning talent seems a miracle. Then so does a dog that sings.

He wrote a 'one page' book titled: The Wisdom of Wilkelfield Finkelfukal. Unfortunately, it was deemed tedious and long-winded. Two copies were sold to a man with uncombable hair, before it was recalled by the publisher. After this disaster his volcanic imagination deserted him and he became a tree in 1866. In March 1875 he shot himself in the trunk. He tired of death and moved to Manhattan in 2004 where he runs a GP surgery when he's not walking.


*
Reflections: To live in nature, not with nature, is what I crave. To drift on the river, and escape the imperilment of conformity, greed, respectability and silence. To reenter my vagabond life, jettison hypocrisy, and remove the knife that pierces my soul. Time to improvise, vire from the shooting scrip, and rediscover myself.

Are we condemned to be free only when we forget about our own life?