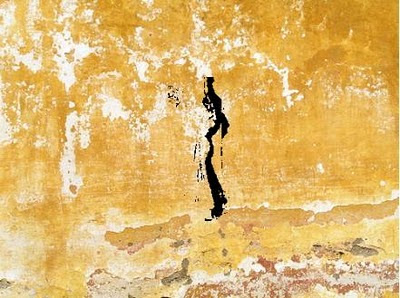 Today I started a new job as a hare at the local greyhound racing track. The funny thing is the dogs think I'm a fake. I always yearned for a low-status job; an inverted form of snobbery, I guess. My father worked for a short while as a bureau drawer - the constant opening and closing give him severe dizzy spells. Even now he faints at the sight of a silk dress.

I recall that my grandfather once worked as a snowstorm in Colorado but couldn't stand wearing icicles on his chin. One cold, windy day - without warning - he was hit by a snowplough, and ended up with his hair parted in the middle. After that he became a widow, and never ventured further than the local grocery store without a loaded rifle.

My present wife, Mona, passed away two days – no, two hours – ago. Doesn't time sometimes pass slow? Perhaps, it's just my state of mind. Our relationship had become tiresome and dull. At breakfast she complained of a high temperature and that her shoes had left for work without her. I noticed her mouth had grown bitter and a blueberry plant. She no longer looked like the honey of a minute, never mind of a generation. She suddenly transformed into a throbbing demon, grabbed the net curtain from the window and tried to suffocate me. I didn't find this strange. It's normal behavior in our household.

What galled me were the tufts of cotton wool she was attempting to push deep in my orifices. We struggled, then she ran angrily up the stairs, screaming, her voice distorted, 'I'm not going to a damn dog track to watch you work! Would you do the same for me?! I damn well know you wouldn't!'

She raced into the bedroom and attempted to jump through the back of our wardrobe. She cried in an abrupt, gasping voice, 'Narnia!' Suddenly, I understood. As I stared at Mona - embedded in the back of the wardrobe, her rage compressed and silenced forever - I realised her need to live in an entirely different world.

I kindly helped her on her way with the aid of a large baseball bat. She's now lodged in a cavity wall; smiling, not smirking, for the first time. The room seems strangely silent. By appearance, all stress and anxiety have left her body, except for her hands which are tightly clenched.

I will plaster over Mona tomorrow, then redecorate the walls with yellow patterned wallpaper. It's the least I can do. Her favourite short story was The Yellow Wallpaper by Charlotte Perkins Gilman. I take full advantage of my new-founded liberation, shower and dress as a man for the first time in weeks. I felt intoxicated, full of desire and arrange a blind date with a lady called Catherine Wheel. I trust her on-line photograph is unflattering. She has spiked, ink-blue cauliflower hair. Her face looks like soft cheese with a bread roll for a nose. In a certain light I fear her features may resemble Stilton with veins of blue-green mold.

The house is quite. I close the wardrobe door, then turn towards the bedroom door, and walk in gentle, sensitive steps and embrace a beautiful metamorphosis. I burn like fire. Mona would understand.

*
Reflections: Staring out from my hair covered face I sometimes appear lonely, detached, loveless, a vessel of inner decay. I don't awake for days from grotesque dream states. I am someone to look at, rather than be. Surrealistic imagery has the audacity to accompany me for hours. It is strange, not offensive.

The hollowness of existence touches us all, at times, if we are truthful. To be honest, I do not despair. I appreciate and experience the present, for someday it will disappear. I warmly embrace it and am thankful for its company.