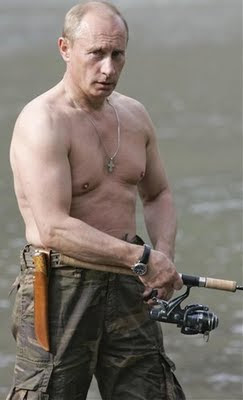 BBC presenter Andrew Marr won a High Court order in January 2008 to silence the media over his extra-marital affair with a fellow journalist. It is alleged that Mr Marr said: 'I did not come into journalism to go around gagging journalists.' An unfortunate phrase, given the circumstances.

I have no personal interest in what Andrew Marr does outside of his working environment. In fact, when I see certain individuals on television, for example, Ian Hislop, Anthony Charles Lynton Blair, John Leslie von Prescott, Glenn Beck, Ian Richard Kyle Paisley, James Martin Pacelli McGuinness, I have a near-death experience. After closing the doors of my warm house, I climb on to the roof, and adopt the persona of a great Russian bear with podgy ears and bulging eyes. I usually bring a bag of potatoes and throw them at passers-by. When police arrive, I advise my neurotransmitters are misfiring, or that I'm choking on a Malteser shaped like Andrew Marr's head.


In 2004, Andrew Marr published My Trade: A Short History of British Journalism (a compelling and interesting read) providing an insider's account of what makes so-called 'British Journalism so distinctive.' On page 385 Andrew writes, 'When I appear on television, the newspaper critics were quick to make unflattering comparisons ... Others were "powerfully" reminded  of [my resemblance to] the notoriously grim-faced Russian president Vladimir Putin. I do not much like the look of Putin, so it is disconcerting to discover many people [who are these nutters'?] think we are indeed dead ringers.'

Looking closely at photographs of Andrew Marr and Vladimir Putin I admit I see a striking resemblance. But then I once lived in Wagga Wagga, and harbour an ambition to work in a fly-infested butcher shop. Now where did I put my contact lens, monocle, and purple, bug-eye glasses?

CI BERKHEAD: This afternoon you all received ten minutes of police riot training. You must believe me when I tell you that I would have found it impossible to carry the heavy burden of responsibility, and to discharge my duties as Chief Inspector as I would wish to do, without the help and support of the woman I love. Any questions?

CI BERKHEAD: Um, I see. Well, if you find you are close to Sainsbury's, Marks & Spencer, or Wimbledon it has TWO 't's'. If you find yourself near a Tesco store, or watching Eastenders, I recommend using ONE 't.'

PC 2: Should there be water in the kettle before we engage with the hostile crowd, sir?

CI BERKHEAD: Oh yes, silly me. Unfortunately each incident is different. One night you're sitting in the car with sunglasses on, then you're married to a hairdresser ... (deep in thought) ... Always carry a kettle on your belt. Even if your kettle is empty, go thought the motions as if it's full. Never leave the station without your kettle. Why it would be worst than discovering after twenty years that your wife is a man. New balls, please!

CI BERKHEAD: Never make the tea too sweet. Remember, people are like flowers. The bigger, the dumber. Use 'teapotling' where less than one person is demonstrating. (Pause) I'm going to be straight with you. The police budget has been severely cut. That's why you have no boots, one sock between twelve, and wear short shorts. You will have to imagine the rest of your uniform and equipment. Each police duty belt is fitted with hairspray, a toilet brush, illusory leg, arm, nose and ear restraints, and corncobs for use when official toilet paper is nowhere to be found. And remember, nothing beats a good kick in the buttocks, even if you have to pay for it. You're dismissed!

PC 1: Where do you want us to go? I don't like being far from home.

CI BERKHEAD: Try the park up the road.

PC 1: The park is crowded on a Saturday ... People and dogs.

CI BERKHEAD: There's sense in what you say. I'll try to think of somewhere else. (Pause) I know! The cemetery at the end of this street. Except for a few trees and seats there is plenty of space to undertake your duties with passion, integrity, and indifference. Be supportive to each other and treat everyone you meet with suspicion. In fact, with utter contempt. Our dear city is safe in your hands!


*
Reflections:  COR, BLIMEY! I ALMOST FORGOT! Andrew Marr said at the Cheltenham Literary Festival that citizen journalists will never replace 'real' news: 'A lot of bloggers seem to be socially inadequate, pimpled, single, slightly seedy, bald, cauliflower-nosed young men [sic] sitting in their mother's [sic] basements and ranting. They are very angry people ... ' It may have been a slip of the tongue, of course. I doubt it, somehow.