Marcelline: Out of my League 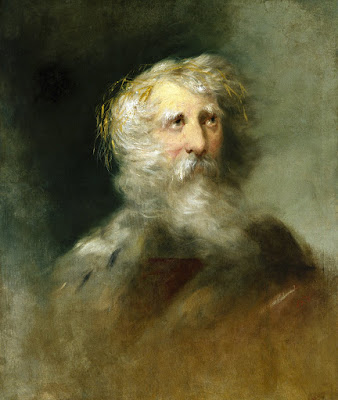 During a recent sojourn in London I observed many beautiful women; some with wondrous faces; some with wondrous legs, and some with faces like used newspapers. Who am I to talk? My face has a deep-grained tiredness, which makes me look permanently worn out. When disorientated tourists ask me directions - holding an open map of Paris while in London is a giveaway - I begin to stammer and flush. My beard makes strange noises not unlike Orca, the killer whale, when he's hold up in a hotel without a view of the sea. Implausibly, the male killer whale is the only creature - other than human beings - who kills for revenge. Furthermore, he has to be paid upfront in used banknotes.

I find women who look tense, determined, and have an abrasive edge, are great as friends, but not as lovers, or adjustable footrests. As I went for a short walk on Long Acre Street, Covent Garden, I first saw, and met, Marcelline. She was wearing a thin, black dress stretched tight over her hips, and walking - forgive me, running - her hand through her short, black hair. Our eyes didn't meet until she dropped a glove. I called after her, waving the glove to get her attention. She thanked me with a pleasant smile and resumed walking.

Digression: I can be a suave and witty man, but only while asleep. This has drawbacks. Meaningful dates with the opposite sex tend to take place while I'm awake. However, as soon as I set eyes on my date, shyness and anxiety descend like a dark cloud, or a giant image of Burt Reynolds in the film, The Man Who Loved Cat Dancing, in which, I believe, he played a dark-haired poodle that wore a hairpiece. End of Digression.

I had a sudden urge for the impossible. I decided to run after her. Perhaps to Marcelline it was my illusionary arrogance - or my resemblance to King Lear - but she stopped, smiled and looked at me from head to toe. She became prettier by the minute. I felt a stirring of unused powers. A new fire in my eyes, and gas is so expensive. In my stupor, I asked if she wished to share my umbrella, to which she laughed, 'Why? Do you think it might rain?' The sun shone bright, and the sky was pale blue. She radiated youthful warmth, and solicitude; I radiated naivety, stupidity, and acne vulgaris which should have cleared up thirty years earlier.

We had lunch at a French restaurant in Covent Garden. Over the next few hours we talked about everything, except the bill. I've always preferred the company of females to that of the male. With men it's sport, work, colleagues, sex, dirty jokes, sport, work, colleagues - mostly without truth, emotion, detail, or intellectual prowess. In the absence of alcohol; utter tedium.

I find woman easier. Their emotions are undisguised; they speak with passion, foolishness, anger, tears, intuition; openness about love, eroticism, jealousy, betrayal, adultery, troubles, their bodies, ageing. The list is endless, and may all evolve from one conversation.

Marcelline? Out of my league. Out of my life. A significant encounter, nevertheless, which left a definite impression. I paid the bill. It was worth it to converse with a lady so beautiful, somewhat romantic, and with considerable intellectual curiosity. I remember every detail, except the food.


*
Reflections: Any disharmony or disorder you sense from your contemporaries, or peers, may be because they see only with their eyes, not their minds. I merely point this out so you may closely observe your circle of friends with a detached manner. If you can't find a detached manner, an unattached manner will do just as well.

The brains of some individuals are underused and in need of the breath of life. Such people are clearly recognizable. They tend to preen themselves frequently, their bluster is trumped by their vanity, and their faces betray entrapment, animosity, and numerous cosmetic surgery treatments which may include a beard transplant or Vulcan ears.