Rocket Dog & When is a Just War a Just Cause? 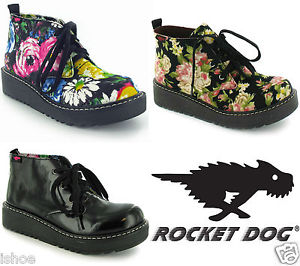 Last night I dreamt that I and forty other passengers survived a plane crash. To our dismay there was no food on board. The prevailing consensus was that meat from one passenger might sustain everyone else until assistance arrived. Someone asked if anyone on board worked in marketing. An irrational, portly man raised his hand. It was the first time I had consumed a leg wearing an extra soft argyle sock, and Rocket Dog shoes. On the downside we were arrested by police on manslaughter charges as the plane had crashed-landed on the runway 100 meters from the terminal.


This morning I awoke with numb feet, and tingling hands. As my wife had left for work—and they didn’t belong to me—I telephoned my doctor. He told me to drop them off at the local hospital. If they aren't reclaimed by the owner in six months they are mine to keep. At last, someone to talk to.


I haven’t had a shower since watching Janet Leigh in the shower sequence in Psycho. I can’t go near a shower curtain without feeling weak, anxious, and wondering if an enormous bar of soap is going to attack me. I still wear my “Moo Cow” shower hat when I’m working, driving, shopping, making love, or taking our dog for a stroll. That reminds me; losing hair is no joke – especially when it doesn’t belong to you. A new design promises wonders. The innovative shower cap has a hole at the top which lets warm water fall into the opening at the crown. The maker’s profess the shower cap will capture steam, and that the pores will open and allow hair to start growing again—and for only $150? There’s always idiot’s who will buy anything; I’ve got ten of them.


War has never lacked its enthusiasts; especially those wearing armor, and hanging around all day playing Gin rummy (Gin for short; Ginny Rummy for tall). Is there, however, such a thing as a “Just War"? When is a “Just War" a “Just Cause”? To go even further - I’m not sure I have the fare? - when is a "Just War" a “Just Cause”, and a “Just Intention”? Can a “Just War” be fought unjustly, and an “Unjust War” fought justly? I believe war should only be justified if every living creature has gone to the Moon on vacation, or is waiting on the Moon for a connecting flight to Mars. What is happening to our beloved planet and its inhabitants? It’s clear to me but I’m drunk. The people in power are sober.


*
Reflections: I borrowed my son’s shirt today and immediately became obnoxious. I owed money to everyone, and expected food to appear from nowhere without having to order or prepare it.