Can a Perpetrator of Crime change Him or Herself? 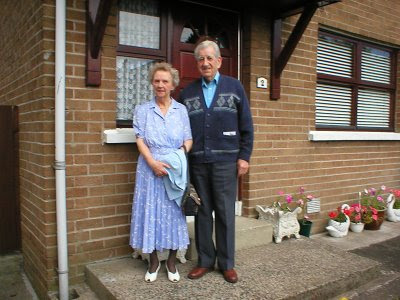 Can a perpetrator of crime change him or herself? I doubt it. I'm in my father's home. My home, also, before I married. I'm not frightened: I'm angry, frustrated, disheartened. Empathetic to the despair, pain and sorrow my father is feeling. What would my mother have thought? I sense, not for the first time, the total indifference of the universe. I'm not ambiguous about my love for my father who is awake in the next bedroom. Is he another victim of apathy? Are we both looking into the same abyss?

From my bed I see the dim colour of the walls, the white of the ceiling, the flowery curtains. A world of fragrances and faint sounds, mainly the ticking and chiming of clocks. Random memories appear. I want to see my mother's face. I get up quietly and fetch a photograph from a sideboard downstairs in the living room. While the black and white photograph captures my mother in stubborn mood she is undeniably beautiful. The photograph radiates her strength of will, wisdom, and humour, which, thankfully, she never lost.

Today, my father's home is a house of clay. My father no longer feels safe. He sits in grief-stricken silence. Is it any wonder the church buildings in the area remain locked when not open for Sunday worship? In fact, the buildings resemble security-leaden fortresses, not places of worship.

As my father, who is eighty-five years old, and I eat breakfast the trauma of yesterday's events are clearly etched on his pale face: his speech is scarcely audible. We talk and ask each other questions to which there are no answers. Who? Why? When? My father is fearful they will return. I try to allay his fears though I am unable to tender assurance.

The perpetrators used a 'jemmy' (a small crow bar) to break the wood surrounding the side door of my father’s home to gain entry. My father and I had been out for something to eat and visit the local library. It happened between two and four o'clock on a sunny afternoon. Incredibly, no-one seen it happen; the physical appearance of strangers. Strange. Each room, cupboard, cabinet, drawer, armchair, seat, was overturned and ransacked. The thieves took cash and other sentimental items. It is impossible to describe the scene. My late mother's clothes, and personal items, jewellery, did not escape their onslaught. Property crime, while constantly in the spotlight, is one area of human endeavour where perpetrators largely go unpunished. Odd but true.

Photographs of the scenes of destruction are taken as we try to settle our father, while visibly upset ourselves. The police come and take a hazy statement from my father. Next, the forensic team. The police don't voice any hope of catching the perpetrators. In fact, the police have no information regarding the level of burglary in the area, possible offenders, or those known to handle stolen goods. It's a struggle to get a basic answer to a basic question out of the large silent garbs. I could go on but it would provoke a sudden shift in my already bleak mood.

I shiver with despair. I'm sure the burglars carried out some kind of reconnaissance prior to breaking into my father's home. Perhaps they called at the house? Stalked him at the local post office, or the local shops? An elderly person living alone is an easy target.

Throughout the world jails are full of people who feel no guilt for their crimes. They are deluded and undaunted by their shameful actions against humankind. Some perpetrators relish their life of crime and live with impunity. They sleep sound at night because they see no higher power than themselves. They have an inordinate ability to lie to themselves. Cut of from the real world they remain ignorant of their own faults, and, regrettably, remain free to commit further offenses.

*
Reflections: What is evil? I cannot answer that. All I know, is that actions which by their nature are destructive of human life and property, are customarily carried out by individuals who find it easy to blame others for their behaviour. They live in denial and with scant though for the well being of fellow human beings. I'm just thankful we're not all cut from the same cloth.