A Passion to Endure a Lifetime 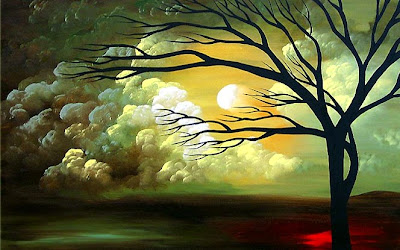 What age does one have to be to form a passion that will endure a life time?

During the primeval darkness of puberty I began an ebullient love affair with reading, music, TV shows, humour, and discovering erogenous zones: anything involving an armpit. Language and music seemed to delve deep into my soul and fire my emotions. Though childish for my age, and with a restricted ability to understand the rules of grammar and vocabulary, I soldiered on.

Then I discovered melody, harmony, rhythm, phrasing and imagination (not only in music) but in folk tales, novels, poetry, and leg-wrestling. I read voraciously, but the story was overly optimistic, so I opted for Anne of Green Gables. The one thing in life I've never regretted.

In this new era of my life I have morphed into a watchful observer. When I'm not at home, perhaps shopping or swimming in a drained pool, I hold a 'wood effect country birch' venetian blind in front of my face. I've been arrested five times as a Peeping Tom and twice as a banal beech.

Am I to be pilloried for boring a hole in my shutters just because Lady Godiva's hair was cut too short prior to the lady riding her horse? I demand flip flops that don't leak! I demand the name of the stranger standing on my head! Do I sound irrational and erratic?! If not, you may be on the same medication as me. Try meditation, or standing naked among cattle lying in a meadow. However, one can never be too careful standing close to swishing tails.


*
I took my dog to the vet today. The vet's diagnosis was worrying. She said the dog had Parrot Disease, aka Parrot Fever, Pigeon Fancier's Lung. When I said I couldn't understand how a dog could catch this disease my dog said, 'Who's a pretty boy then? Who's a pretty boy? Go on ... Tell me. Who's a pretty boy, then?' I cracked. I was in such a state I drove home without my car. It was a mistake to buy my dog her own Espresso coffee maker, and to let her sleep in the kitchen. There's no food left in the fridge and she's left the steam iron on again.


*
This afternoon I sat down and wrote an email to my dearest friend in Oxford, England.

I've fallen in love again. This time with a human being. She's beauty personified, wealthy, and fluent in German. I know what you're thinking? I can't speak German. But I'm besotted! I know! I know! Even when the sun shines at its brightest, the rain runs down her face, and her voice is sometimes lofty. I've made an appointment with a doctor to diagnose her condition. However, believe me, she is like no other. She's learning me how to 'Goose-Step' to 'Achy Breaky Heart'. I know this may sound simply-minded, however, every time I mention Gabriel Daniel Fahrenheit, she gets hot under the collar. Any ideas?


*
Reflections: The time will come when everything one does will be just a memory, including one's notion of paradise.