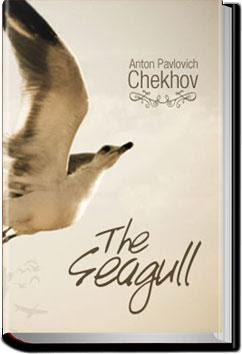 I'm married, at present, to my fifth wife, Lena - she is a beautiful and lively person; sometimes extremely emotional, sometimes chaotic, sometimes tall, sometimes small (I'm not a scientist, nor aware of the cause of this condition). Buying Lena clothes, however, can present extreme difficulties, as I'm not sure what size she will be at a particular hour of the day. She has a talent for imitating people. At breakfast this morning she let her jaw drop, rolled her eyes across the table, and mumbled incoherently in a dull, dark voice. Silence fell over the table, over a chair, and left the room to go to the toilet. I laughed and smiled at Lena. " Well, who were you impersonating? I must admit I'm at a loss." "You," said Lena, lowering her eyes.

Silence returned to the room, and I asked if he had washed his hands. He replied yes. I was immediately suspicious as he doesn't have hands. Any fool could see that! Anyway, where was I? Yes. Love anything that lives and you will eventually get hurt, whether it's a relative, a friend, a lover, a pet. I looked at Lena, then Silence, then Lena. "Do you still love me?" Lena replied, "Yes", her voice controlled, and unexciting. "Do you still share my passions for soil, fertilizer, pruning, being drunk at 9:30 in the morning, and pressing your body against rocky walls?" She smiled sarcastically, and said yes. I felt like pulling my hair but my wig was upstairs in our bedroom.

Anyway, I am suspicious that a son from a previous marriage named, Seagull - a result of my admiration for the works of Anton Chekhov - is also in love with Lena. Why do I think this, I hear you say? Frankly, Seagull shares our marital bed: he sleeps with Lena and I. There I've said it! And worse, he decides when the lighting should be turned of, and its usually when I'm in the throes of a good book. Outrageous behaviour, you'll agree. Then the bed seems to move like a "horse and carriage" eloping at great haste. I can't take the darkness and deceit much longer. I'd be at my wit's end, if I had any. No man should be expected to live like this? I swiftly found my pistol and put it against my temple, but the bullet was a blank filled with soot!

Am I condemned to face aging, loneliness, anxiety - by myself - dressed in a pink, cotton nightshirt, red nightcap, and Russian-made gumshoes, and covered in soot?


*
Reflections: I'm currently working on a humorous piece for submission to a magazine. I expect the usual pro-forma rejection letter. That doesn't alter the fact I enjoy writing, being creative, watching the tide coming in.

I'm sitting in the library. It is late afternoon; late spring. I sit and think for a while. The light from the overhead fluorescent bulbs can be intensive. I’m finding it hard to concentrate. The library is perched where traffic, pedestrians, pigeons, dogs merge, and congregate. Sometimes the echoed, scrambled shouting of high school pupils pierces the air.

The traffic on the street near the entrance to the library never stops between the hours of 8.00 am and 6.00 pm. It moans, screeches and aggravates. Occasionally, stray plastic bags – mostly white – roll along the street, fill with air and levitate. Sometimes I feel out of fashion, but I shall go on. I must.