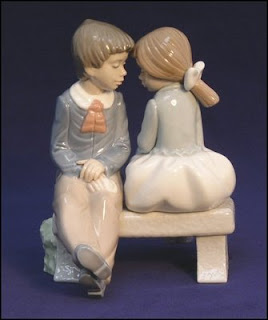 Today I met with a man at loftier peaks than me. Sometimes words can't do justice to the bleakness of a meeting, a rendezvous, a lunch engagement or a secret liaison with a lover. My boss is undoubtedly well-liked but not as a leader or manager. Everyone is aware he wears a toupee: it resides on his left shoulder.


Few people have the opportunity to choose the people they work with and in surroundings harmonious to the ear and eye. Who wants to work with the lazy and slavish? In a way, what may be viewed to the outsider as "unity" may be - to the insider - a concoction of misery, exhausting conflicts, irritability, opportunism, indifference or the simple act of "sucking-up". A sense of inadequacy haunts each one of us. Most human beings are saddled with superimposed secrets.

"How long have you been here?"

"Is that a serious question?"

"Well, I don't feel I've a purposeful role in the organisation. Indeed, has anyone?"

"Perhaps another position would suit you. What do you feel you did best at school?"

"I was particularly adept at humming along with hymns in assembly."

"No. I never did biology. Dissecting frogs was a hobby. My pen pal, at that time, Jean - Paul, used to send me frogs in the post. He was happy to pay the extra postage. I stopped writing when he sent squirrels."

"That doesn't help me to generate any ideas about your future. I’ll have to give it more thought."


"When I was sixteen I saw the inside of a mortuary. You remind me of the caretaker. He had blueish-gray lips, grey hair, a round chin and collected hair from corpses. He enjoyed talking about death and the dead."


My boss fell to his knees and began to weep. Fifteen years' too late, in my case. The last words I heard him pronounce were, "Why am I unable to lie down without falling?!"


*
It is late summer. We have moved to a home imbedded with a farmyard smell. The cottage my family now inhabit is located on a dairy farm. My female playmate lives next door. I am six; she is eight. I adore her white skin, cheerful smile and mass of red hair. We develop a system of communication after we are sent to bed. One knock on the adjoining wall represents, Yes; Two, No; Three, Maybe; Four, Tomorrow; Five, Are you tired?; Six, Have you wet your bed?; Seven: Are you happy?; Eight, Do you love me?; Nine, Are you awake?; Ten, Why do some people, like my dad, gargle TCP?

Her two sisters - both strikingly more beautiful than my playmate - are dimly aware of the presence of the soul. She once said to me, with assurance, "To be clever with words is a hazard." Suddenly I kissed her for the first, only and last time. In the throes of prolonged silences I still see her face and body and sense the touch of her soft skin. Abruptly, I recall how undeniably I miss childhood.
*
Reflection: Once I sat in Custard for two days. It made me finally realise I’m not Apple Strudel. Mr Apple Strudel lives in France under the pseudonym Mr Apple Sauce. Everything seemed to move so quickly, including the Custard. Suddenly, the Custard told me it was pregnant. I immediately succumbed to severe attacks of dizziness, black-outs and eating popcorn with the lights out.

I telephoned a doctor but he refused to believe a bowl of custard could be pregnant. The parish priest greeted me with a hug. I knew Father Aidan to be a more balanced human being than I could ever be. After a a moments hesitation he said with laughing eyes, "I can't marry you to a bowl of custard! You're already married to a lemon curd sponge pudding."